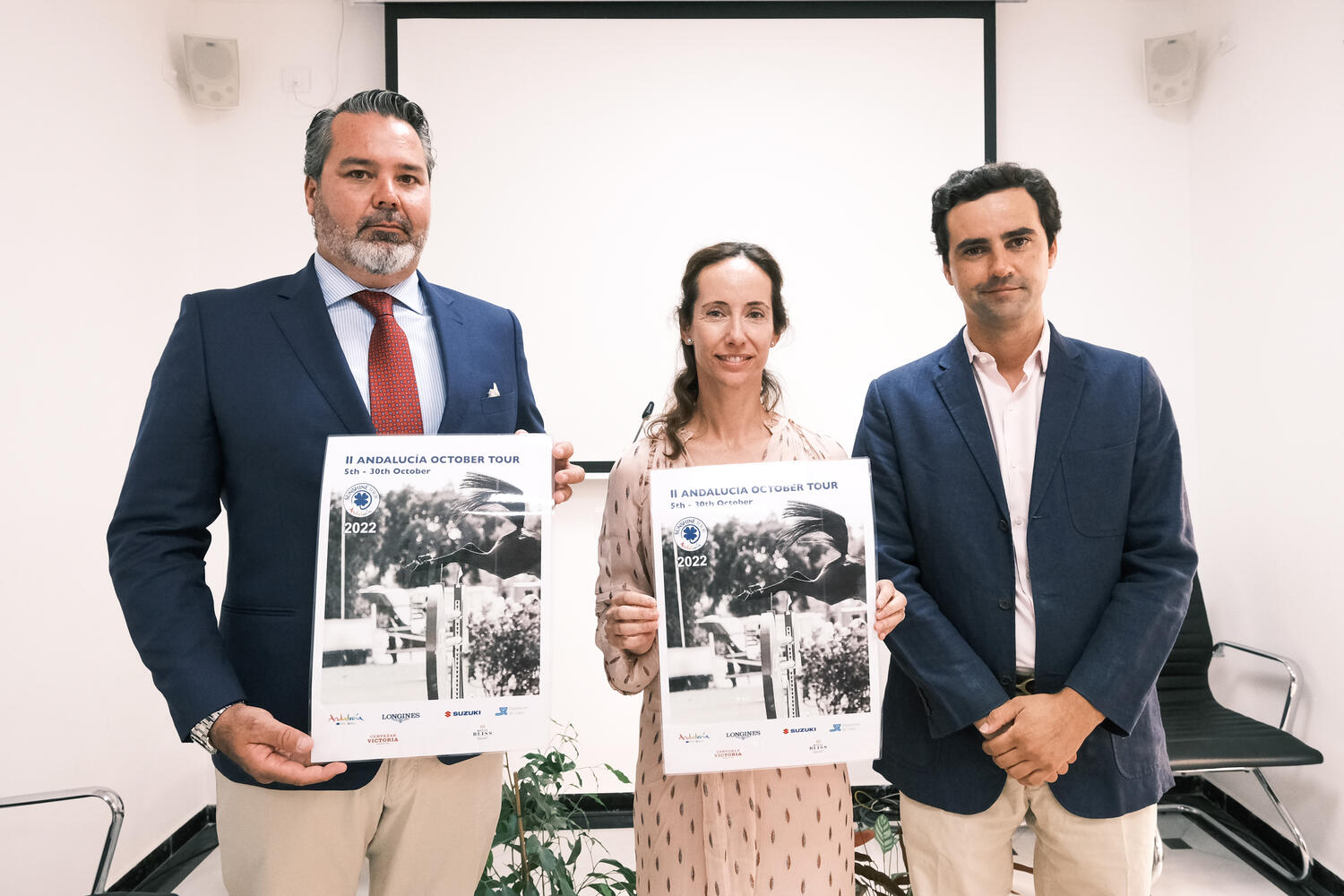 Montenmedio will be holding three 3* international events and the nine events that are part of the Spanish Showjumping Championships, from the 5th to the 30th of October. With top names such as, Laura Kraut, Pedro Veniss, Holly Smith and Cian O’Connor

Not only is this a top class sporting event, but also a great tourist attraction for the local area of La Janda, bringing in income at an off peak time of the year, and generating 850 jobs with an economical impact of some 25 million euros!

The Andalucía October Tour will bring together more than 600 riders and 1,500 horses here at the amazing facilities in the Dehesa Montenmedio. Well renown internacional riders from 36 countries will be competing alongside top national riders across the four weeks of this prestigious event.

The tour is generously sponsored by the Consejería de Turismo, Cultura y Deporte, and co-financed by the European Union. With four weeks of uninterrupted showjumping competitions there is a lot going on!  Both national and international events will be taking place; the nine national sections of the Spanish Showjumping Championships will be decided here and there are also Complementary classes (Absoluto, Jóvenes Jinetes, Clásicos, the 1.40m, 1.30m, 1.20mand 1.10m classes,  Young Horse classes 5, 6 and 7 year olds).

In all there are three 3* international events and including the Nations Cup, there is one 2* event and three Young Horse events. With 600,000 euros  of prize money to be won we can expect some very exciting competition beginning on the 5th and lasting until the  30th of October.

Not only is The Andalucía October Tour a top class sporting event, but it is also a great tourist attraction for the local area of Vejer de La Frontera, La Janda and all of the Cadiz province. Most importantly it brings in trade at an off peak time of the year and not only generates 850, ‘out of season’ jobs but also boosts income in local businesses and extends their seasons. It is estimated that the tour generates around 10,000 overnight stays and the average spend per person works out to be around 256 euros per day.  All in all the economic impact is estimated at 25 million euros.

This, the second edition of the Andalucía October Tour,was presented to the press by the director of the event,  Teresa Blázquez; the president of the Federación Andaluza de Hípica, José Manuel Alonso and the current Spanish champion, Patricio Valdenebro were in attendance. .

Teresa Blázquez stressed how proud the organisers were to be hosting this event, Spain’s National Showjumping Championships, after the great success and good participation in the event last year; “there is great value to its incorporation into a tour that enters into its second year, but that is already a top level completion and is now an important date in the international sporting calendar.  Achieving this in such a short time is, without a doubt, is a reason for us to be very satisfied”. “We also want to thank the Spanish Equestrian Federation for entrusting us the with the organisation for the second consecutive year, of the nine Spanish Championships. It is an honour for us to host this important event and seethat the best Spanish riders can compete in our facilities. This year the programme is very ambitious with many classes taking place overthe four weeks, indeed three more competitions have been added in this year’s edition.”

José Manuel Alonso told the press “the Federation is proud to have this circuit in Andalucía, the facilities are unbeatable, I wish you absolute success in this edition, as always”.

Patricio Valdenebro,the Spanish national champion, was very satisfied to return to compete here at Montenmedio, “where I was lucky enough to win the Spanish Championship last year. I have great affection for Montenmedio, I have been coming here since I was just seven years old and they really do have the best possible facilities, which as Spanish riders we are lucky enough to enjoy on home ground”.

The facilities here at the Dehesa Montenmedio are always undergoing improvements and this year there was no exception.  After the inauguration in the spring Sunshine Tour of the largest indoor arena in the world,  this II October Tour had a lot to live up to.  This tour will see a new geotextile arena inaugurated in the old grass arena number 12, the Cumano arena. Extensive work has been carried out on this 6000m arena, alongside improvements and maintenance on all of the other tracks rendering them all  in perfect condition for this tour.  A new 3.5hectare grass area has also been set up so that the horses can work comfortably.

In the restaurant area, work is also continuing on improving the facilities so that Montenmedio may offer the best service and gastronomy to both participants and visiting spectators. The restaurant known as the VIP Tent has been completely renovated, and extended and has excellent views to both of the main arenas; Number 3, the David Broome,grass arena and the geotextile arena, Number 5, Milton.  New spectator stands have been also been raised.

Teresa Blázquez, the Director of the tour told us  “Every year we work hard to improve our facilities, both in the section for the actual sport and also in the services we offer around the sport.  We want the riders and their teams to feel comfortable here with ample room to both train and compete. Our goal is that, despite welcoming thousands of horses in each of the events that we organise, all the participants can work in a relaxed way, without feeling crowded. We are very lucky to have extremely extensive facilities that are set in an enviable natural environment, and this allows us to offer riders many areas to train in, compete and also to just enjoy riding in a relaxed way on their horses”.