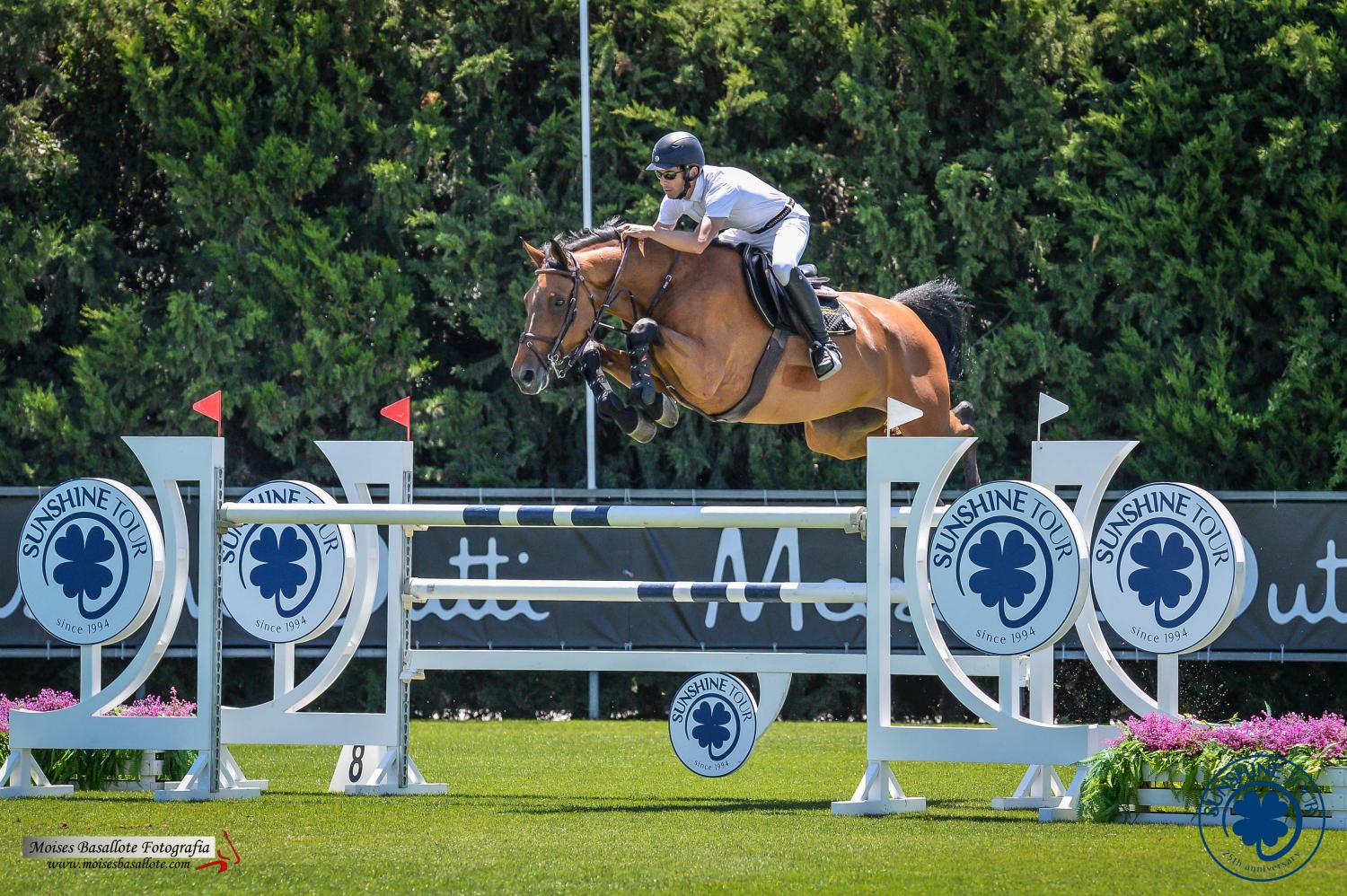 Mariano Martínez Bastida was back on top of the podium this time riding ‘FAMEUS’, in the 1.35m class. Topping off an all Spanish podium were Borja Bidón and Alberto Alonso riding ‘COACH CORNET Z’ and ‘SANGRIA DE LA ROQUE’ resp’, with just over a second between them.

In second was Olivia Álvarez on ‘GISMO DE PRAVIA’ and the German rider Elena Appendino with ‘BILLYJEAN’ was third. Elena also took third place in the 1.20m class riding the wonderfully named ‘DIABOLIK’; Spanish riders again took the top places with Castora Ortiz on ‘ALEX’ in second and María Sainz with ‘CINDERELLA 597’ the overall winners of class.

One of the last classes today was the 1.10m where the Russian rider Serafima Denisova and ‘HONFLEUR VD’ were the winners with second place taken by Natalia Appendino on ‘MILLFIELD CLICHE’. In third place was Cayetana Calderón on ‘CURIOSO DE VALD’.

Some 70 horses took to the arenas today in these classes.

The 5 and 6 yr old classes were not against the clock. There were 9 clears in the 5yr olds and 11 in the 6yr olds.
In the 7 yr old class Eduardo Álvarez Aznar was the winner riding the very promising ‘ILERO’, In second place was ‘WILL BE GENTRE’ ridden by Samuel Oliva and third place was taken by ‘DUM DUM’ and Ivan Serrano.

The App may also be used to enter classes, order from the warehouse, consult results as well as watching and downloading videos and watching LiveStreaming. LiveStreaming is also available on our website