Competition at the XXVII Sunshine Tour flies off of the starting blocks! 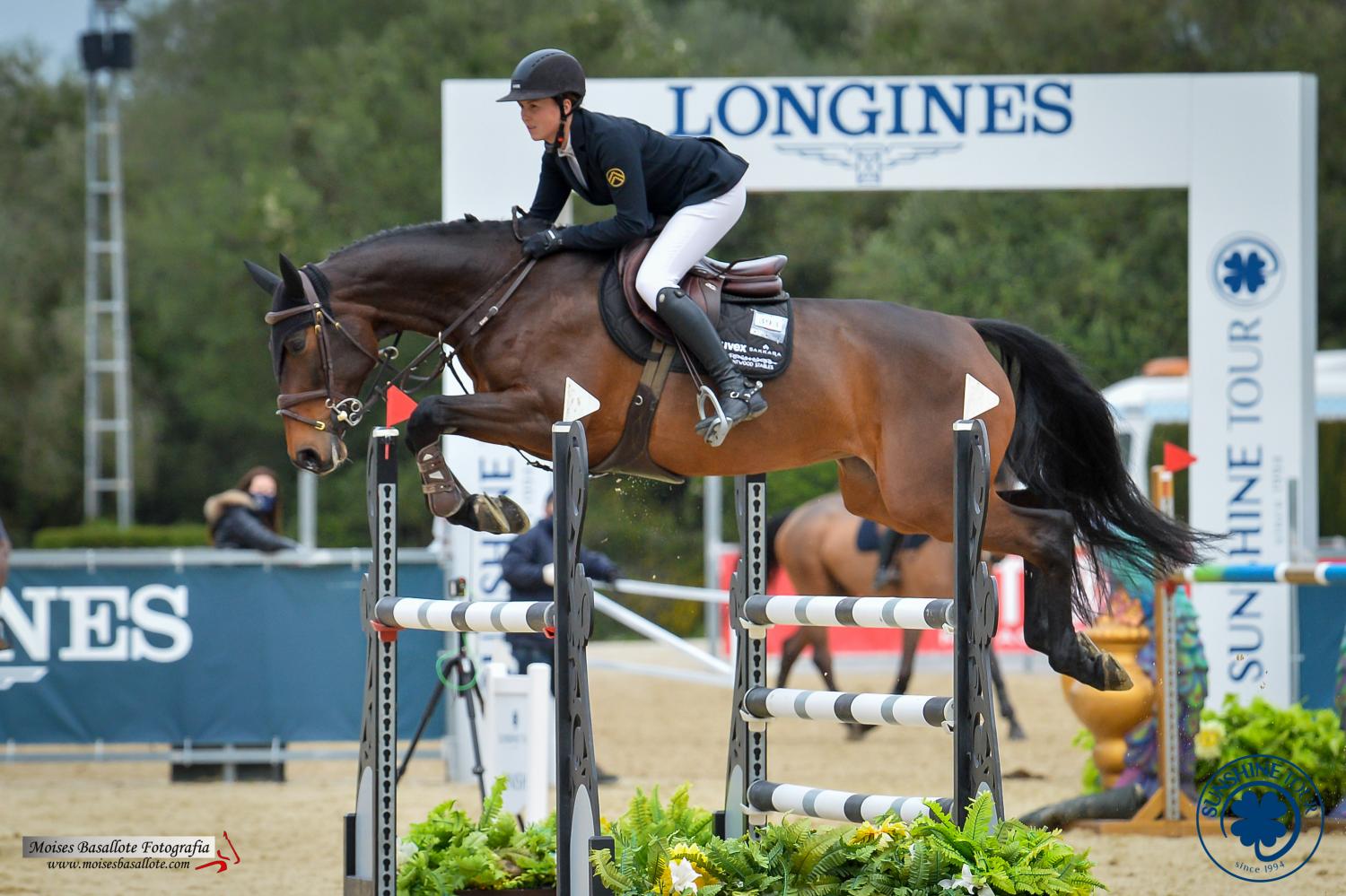 Under very strict sport protocols, action started today with the Young Horse Classes at the Dehesa Montenmedio with the XXVII edition of the Sunshine Tour.  The 5 and 6 yr old classes were run under Table A.  We interviewed one of the regular competitors here  at Montenmedio, Turkish rider Derin Demirsov who rides for team Carpe Diem.

“I’m very happy with my 5yr gelding “Cannavaro Denfer”. It’s the first time that he has been to such impressive installations and he took it in his stride and went magnificently. I then competed with the two 6yr olds who have been here before, “Faline des Chaines” and “Pride of the Lowlands BH” who both also went really well.

Clearly they have more experience but it is their first competition stepping up to the 6yr old classes”.  Derin told us that he plans to stay in Vejer de la Frontera for the whole seven weeks of the Tour and has brought 10 horses with him from the Netherlands, all ready to compete. “As well as the young horses I have two older, more experienced horses that will compete in the big classes and the rest are 8 and 9  yr olds and that will start to move up the levels this year”.

The 7yr old class started early at 09:00 in the Milton Arena No:5. It was a 2 phase special class designed by Marcos Nuñez.  Group A was won by Italian rider Luca Maria Moneta with “Epic” with another Italian taking second place, Clio Boni riding “Japonica Di Ca’ San Giorgio”.  French rider Edouard Le Boux with “Intox du Giure” was third.  “Epic” is a French sports horse by “Con Air 7” and a veteran of the arenas here at Montenmedio, with great international results already under his belt from the last two years that he has competed here at the Tour.

Group B was won by the very successful Dutch rider, Kim Emmen on the mare “Lady Angeles” who caught many peoples attention today. The mare is an Oldenberg by “Los Angeles” her dam-sire is “Lasino”.  The mare has had impecable results since her debut in international competition, and from 2019 she has jumped clear in 65 of her 76 outings.

The following places were taken by three riders well accustomed to being on the podium in the Young Horse classes. Second was Ignace Philips de Vuyst with practically the first international outing for “Olivia de Guldenboom”, a homebred mare.  He was followed in third place by his wife the Swiss rider, Jane Richard Philips riding "Ocean". Finally in fourth place, was the German rider from the Stephex stables, Kendra Claricia Brinkop with “Outrageous Charmer”.

Tomorrow we continue with the Young Horses starting off at 09:00.  All the action can be followed directly on the official channel ClipMyHorse.TV, on the internet and directly through the Sunshine Tour Mobile Application