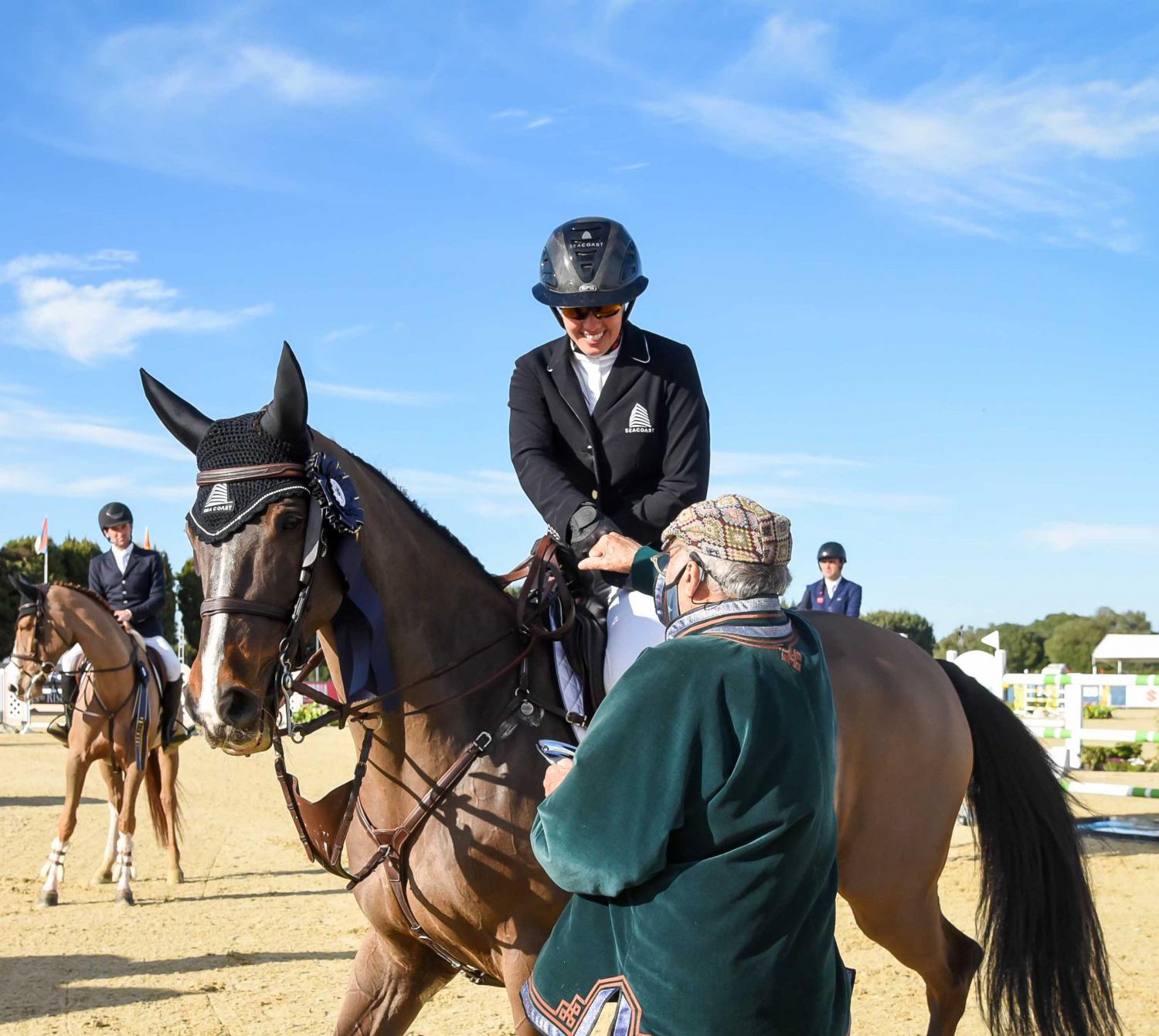 The Belgian rider proves unbeatable in the big CSI3* classes

The Small Grand Prix class was hotly contested today and proved a very  exciting class in this first week of the Sunshine Tour.  The quality of the riders competing here is top class with names such as Steve Guerdat, Jérôme Guery, Dermott Lennon, Richard Howley, Pénélope Leprevost and Gregory Wathelet all taking part.  Only 12 combinations got in to the jump off today but it proved to be one of the most competitive seen here so far with only hundredths of a second separating the first four placings.  In the end it was Gudrun Patteet riding “Sea Coast Pebbles” that took the top spot just 0.21 seconds faster than the Dutch rider Henk Van de Pol with “Cash Tent”in second.  Right on his heels in third place was another Olympic rider, who also rides for the Netherlands, Vincent Voorn, with “Explosion”, they stopped the clock just 0.36s behind Gudrun.

Yesterday Gudrun won her class with “Sea Coast Kasmira Z” but today she won the class riding the 15 yr old gelding “Sea Coast Pebbles Z”, who she also won the Lausanne July, 2019 CSI5* Grand Prix and the World Cup in Helsinki in 2018 showing the great talent she has in her string of horses at the moment.

Giulia Martinengo has also worked out the secret of winning in the grass arenas here at  Montenmedio.  In the Guaraná Champeix ring this Italian rider took the top spot with the 8 yr old mare “Daytona della Caccia”, beating the talented German rider David Will and “Carthage 3” into second place in this 1.40m Medium Tour class.  Giulia also won the 1.30m class in the Hickstead arena this time with the mare “Iney”, who she has been riding since November last year and who was the former mount of the Belgium rider, Celine Schoonbroodt de Azevedo.

The Spanish rider Patricia Segura was once again on the podium taking first place with the fastest time in the 1.35m Small Tour, in the Baloubet du Rouet arena riding the 12yr old mare French Sportshorse“Valseuse de Terlong”.

Tomorrow is the last day of jumping in this first week of the 27th Sunshine Tour and the highlight of the week will be the Horseware Grand Prix.  The showgound remains closed to the public and under strict sanitary restrictions.