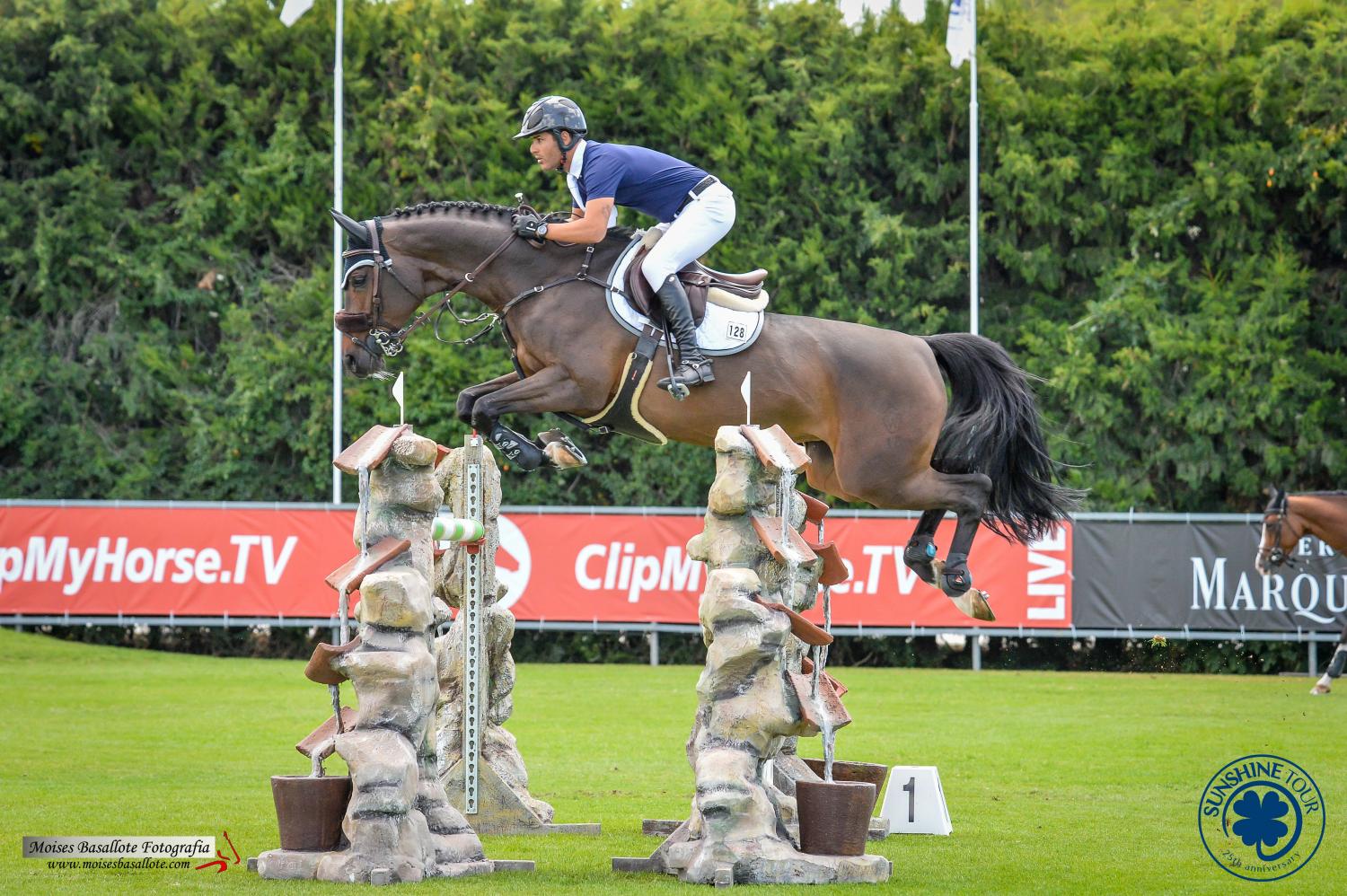 Today 230 horses took to the arenas here at Montenmedio in the 9, National and International, classes that were on offer. Prize money totalled 21,500 euros. Marcos Núñez, who has been a qualified FEI Level 2 course designer since the end of 2018, is in charge of designing the courses for this week’s competitions.

The 1.45m class had the highest number of entries today with 36 riders and 15,000€ in prize money. Our winner was Ismael García Roque with AIRLINE R (L’ARC DE TRIOMPHE x CINDY), and he also received the special prize of 1,000€ from ClipMyHorse as the best Spanish rider, with a subscription to the channel, in this class. This prize has been set up to celebrate ClipMyHorse TV expanding their coverage into Spain. In second place was the Portuguese rider Rodrigo Giesteira with EDGAR (x PURIOSO). Both third and fourth places were taken by another Spanish rider who has been very successful this week, Mariano Martínez Bastida, on CLEARTOON (x CARTHAGO) and HELLAS (resp).

In order to classify for the Grand Prix class on Sunday, an FEI Ranking class, results will count from both yesterday’s and today’s 1.40m and 1.45m classes. In all, 49 horses have classified and each rider may take part on two horses. This class has 25,400€ in prizes and once again there is a special cash prize for the best placed Spanish rider, subscribed to, ClipMyHorse this time of 2,000€.

The 6yr old class had the most entries at 29 horses. JANIKIE HBC was the winner once again ridden by Alberto Alonso. CINZACO ROSSO (x CHRISTIAN) ridden by Mariano Martínez Bastida was second and OMNIFIC ETC (x GIZMO ETC) with Alejandro Fernández took third .

Iván Serrano had a good set of results in the 7yr old class taking the two top spots with DUM DUM and FEMME DE PRAVIA whilst also taking fourth place with IRON SKY. In third place was the KWPN, IPERPLAINE ridden by Mariano Martínez Bastida.

The show can be followed using the free App Sunshine Tour Mobile, available for both iOs and Android.. The App can be used to manage entries, order supplies, consult the results, watch and discharge videos of each round and watch live streaming of the show, which may also be followed on our website  www.sunshinetour.net