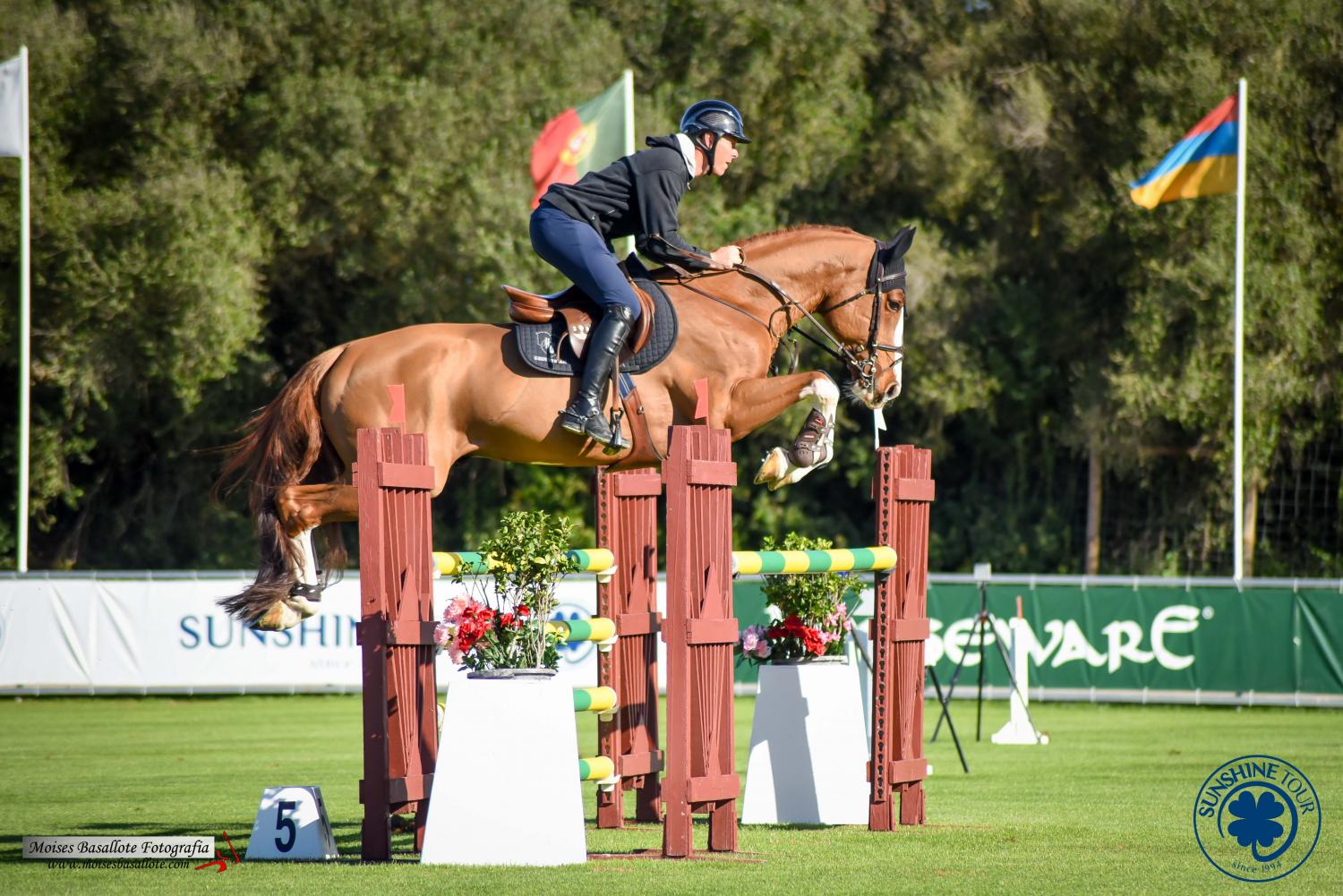 We kick off a second week of jumping at the Dehesa Montenmedio installations with a plethora of clear rounds in the Young Horse Classes.

There were good results across the board in the Young Horse classes today.  In the 5yr olds there were 92 horses entered and 71 of these jumped a clear round.  The 6yr old class was held in the Milton arena and was a well attended class with a total of 168 horses jumping and 121 of those went clear.

The Milton arena (5) is ideal for Young Horse classes as it is expansive, measuring up at 105 x 75m.  The arena was named after the beautiful grey ridden by the legendary British rider, John Whitaker.  This pair won various World Cups and European Championships.  Caroline Bradley rode the horse who was called 'Marius Silver Jubilee’ (Sire Marius who she also rode), before John Whitaker took on the ride when she sadly passed away, and is quoted as saying that  “as a youngster he was like a grumpy pony.” But she told her parents he would be her Olympic mount. However no one realised then that this grey horse would turn out to be the first horse to win over a million euros, 1.400.000€,  outside of the racing world.  John Whitaker, rode him for the first time in the autumn of 1985 when the horse was 8yrs old.  He had only done a few small shows with the horse before he took him to the Berlin CSI5* where they finished third in the Grand Prix class.  Years later he proved to be exceptional as he went on to win gold in various European Championships, World Cup Finals, and both silver and bronze in the Stockholm World Equestrian games. He was retired in 1994 at the Olympia Horse Show to adoring crowds and he passed away on the 4th of July 1999,  He is buried on the Whitakers’ farm in Yorkshire.

The 7yr old, two phase class, was divided in to two sections.  Section A was won by David Will who is from Germany and is always very successful here at the Tour; today he was riding “Junior Kannan”.  In second place was a  British rider we haven’t seen for a while, here Tamarin Christie and “Janita”.  Third was the Swedish rider, Linda Heed with “Calvin FPZ”.  Section B was won by Kim Emmen from the Netherlands with “Astrid’s Lad”, second was the German rider Jens Baackmann with “Dark Grey”. The winner of Sunday’s Horseware Grand Prix, Jérôme Guery was third with the up and coming “Tender Dream Hero Z”.