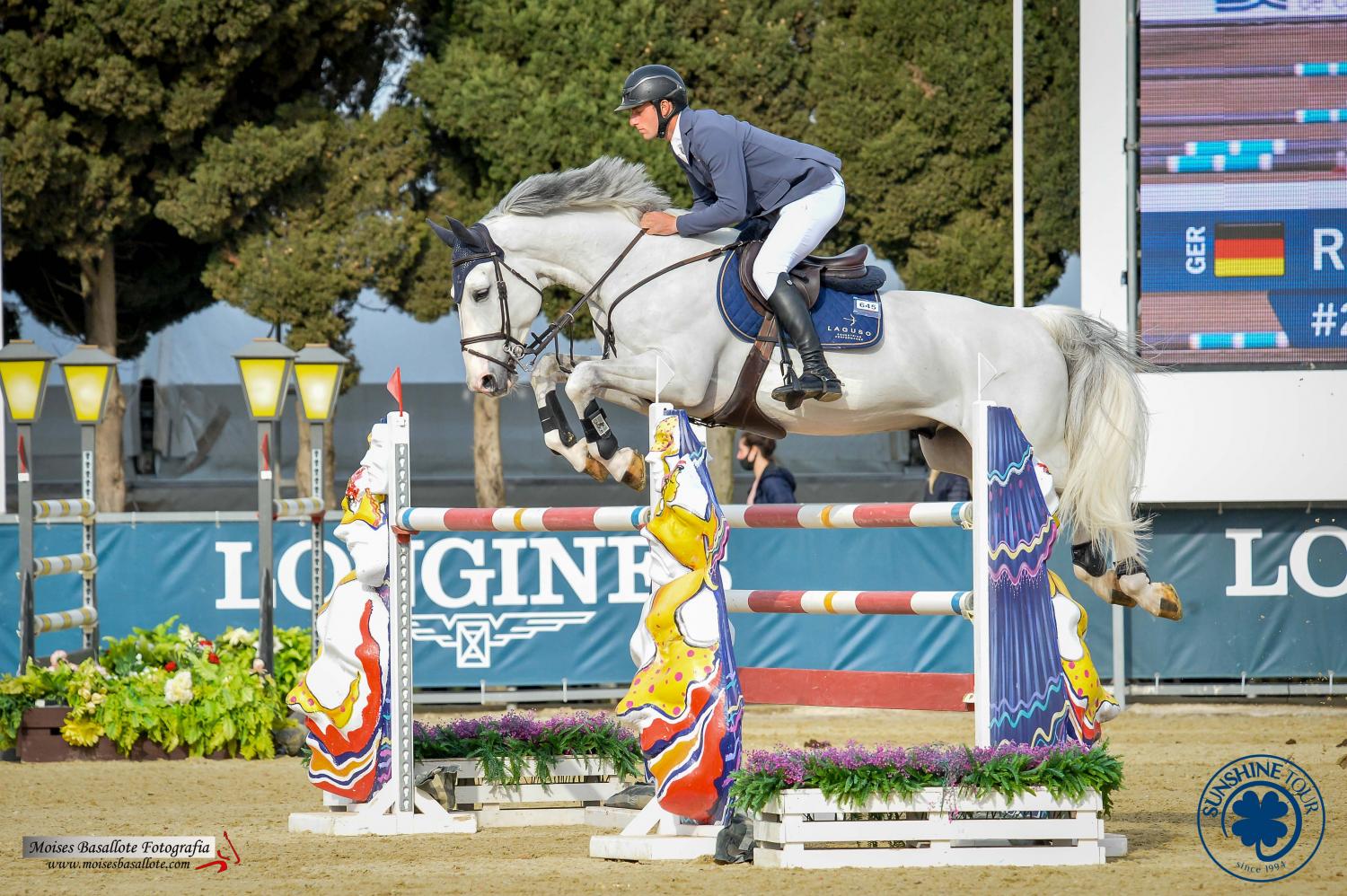 It was a quiet start to the fourth week here at Dehesa Montenmedio with the Young Horses jumping, as well a range of other classes in the CSI2* and with 400 competitors taking to the arenas participating across the 8 classes.  The successful German rider, Richard Vogel once again showed his pure class in more than one class.

One of the first classes today was the Medium 1.40m two phase class and in this Richard took both first and third places. For first place he was riding the gelding “Colour my Life H”. Squeezed into second place was the brilliant event rider from Australia, Christopher Burton who is ranked number four in eventing world rankings. Today he was riding “Caliber Royale”, an 11yr Holsteiner who was ridden by the very successful, Kim Emmen until last autumn.  Richard took third place with the mare “Stardust Degli Assi”.

But these weren’t the only successes today for Richard in this new CSI2*. In the biggest class of the day, the two phase special class at 1.45m, he took the top spot  with “Morton v’t Merelsnest”. He rode a brilliant round and finished the second phase in a mere 25.84s, almost 4s faster than the German Olympic rider, Katharina Offel who took second place with her KWPN mare, “Elien” who is 12yrs old.  In third place was the Japanese rider Toshiki Masui riding “Elstar. ”

The 1.35m Medium Class had 47 entries and the winner of the class was Viggo Björklund from Sweden who was riding “Merida 8”. The Dutch rider Henk Van de Pol with “Forlan” was second and in third, was the Brazilian rider Philip Greenlees with “Astalavista Declamens”.

The Young Horses jumped well today and the youngest horses of 5 and 6yrs old ran under Table A without time.  The 7yr old class was won by the KWPN mare “Joyfull E.B” ridden by Robert Bevis over a course built by Bernard Mathy.