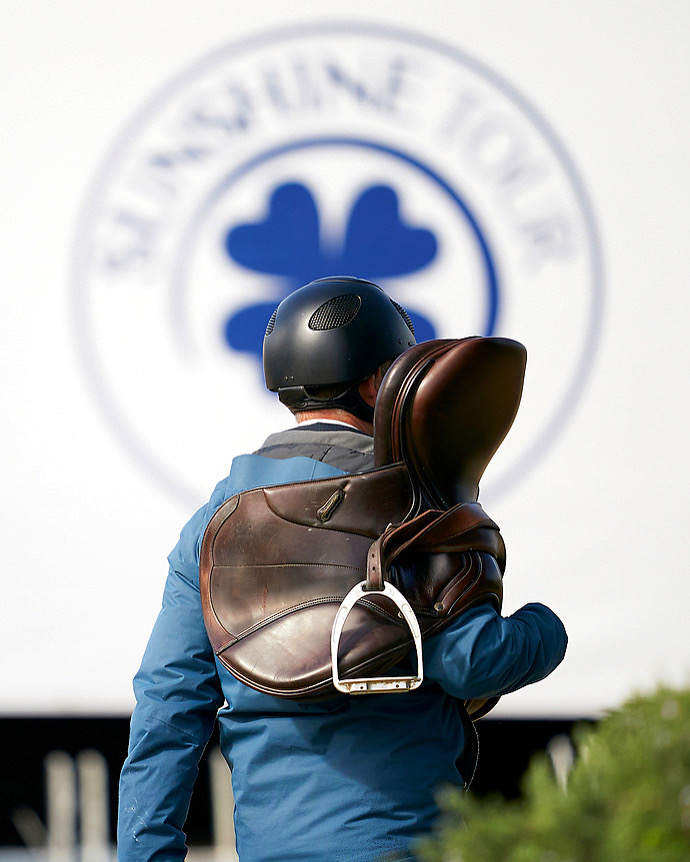 The event will continue until March 7th

The Sunshine Tour wishes to inform everyone that the 27th edition of the Tour will end this Sunday 7th March. This decision has been made as one horse has been seen to be showing neurological symptoms similar to EHV-1, despite the horse giving a negative result for the virus.  This horse is actually in isolation more than 2km away from the main competition site and has been so since the 26th of February.

The events as they happened:

The horse arrived at Dehesa Montenmedio directly from its home stables in Belgium and was fit and healthy with no symptoms.  The horse participated in the competition for the first two weeks as normal and on the first day of competition in the third week, Monday the 22nd of February.

On Friday the 26th of February the personal vet for this horse’s stables notified the organising committee that one of their horses had a fever.  The horse was immediately isolated by the organising committee of theSunshine Tour, in stables that are more than 2km away from the actual showground.  According to the regulations the FEI, (Federación Ecuestre Internacional) were duly notified about the case.

Over subsequent days both the Competition vets and the FEI vets monitored the horse’s fever and condition twice a day.  After a few days the fever had subsided.

Today, the 4th March in the morning, the horse presented for the first time neurological symptoms.

At 4.30pm on the 4th of March, the Organising Committee of the Sunshine Tour met with the FEI, the RFHE and the Ministry of Agriculture where it was decided to close the show down at the end of competition on Sunday the 7th of March.

The above organisations have carried out a complete risk analysis and have come to an agreement between them that to guarantee an ordered departure of the horses, the event will continue until March 7th.

We need to work together to minimise the spread of this virus and we greatly appreciate the cooperation and understanding demonstrated by all the riders, owners, sponsors and other team members involved.