The fifth week of the Sunshine Tour started today 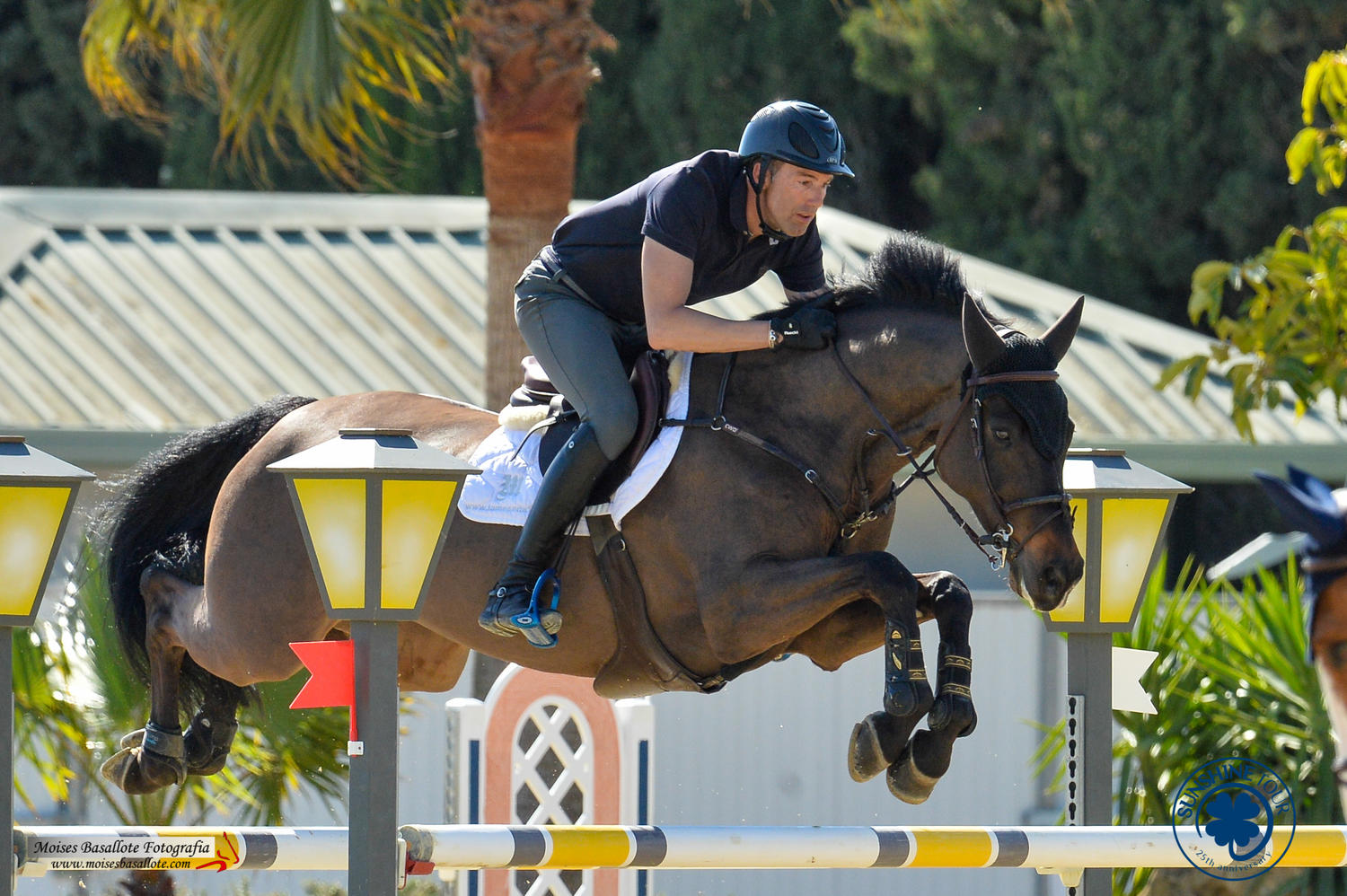 There were 446 competitors today in arenas 1, 5 and 17. The good results in the 5yr old classes were generally good with of this young horses really demonstrating their improvements over the length of the Tour. There were 48 clear rounds in all.

The 6yr old class was held on grass in the expansive grass arena, number 1. There were 94 clear rounds across the two sections and with some really impressive jumping from some very talented young horses, here in Vejer de la Frontera.

The 7yr olds jumped a two phase class over an interesting course set up in arena 5. There was a Spanish win in Section B from the Gerardo Menéndez who is based in Asturias, North of Spain. He was riding the Spanish-bred, sports-horse (CDE) “Cobalt Coco” by “Contisco C” owned by de Antonio Cabanas; Inverpol, SL. In second place was the well know Irish rider Jason Foley, with “Vainqueur” and in third was the Chilean rider, Agustín Covarrubias with “Irish coffee”.Section A was won by Víctor Bettendrof de Luxemburgo riding “Concollon PS” by “Chacco Blue” with a very fast time in the second phase. The German rider Helmut Schönstetter was second riding “Zaccorado Blue” and in third place was another Spanish rider, Kevin González de Zárate hiring another CDE, “Double R Miracle”.

Overall the competition here today was of a very high level at the start of this 5th week of the Sunshine Tour. It promises to be another exciting week week of competition at the very top level here, with the famous French riders, Penelope Leprevost and Olivier Robert recently arriving and also another previous winner here, the British rider Guy Williams.