The new edition of the Sunshine Tour kicks off 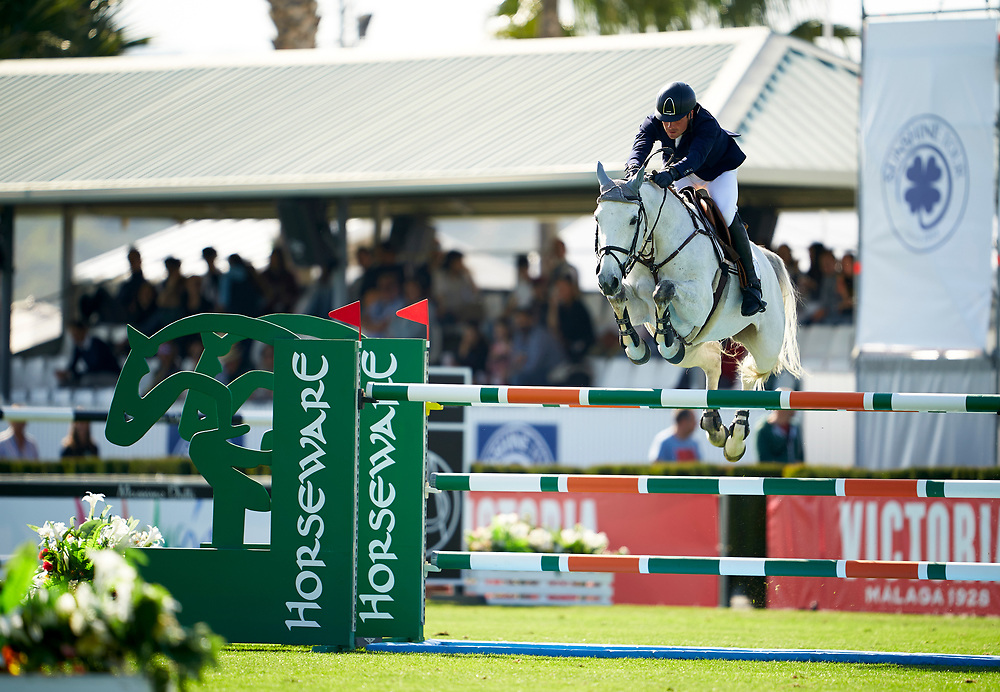 From the 9th of February until the 28th of March, Dehesa Montenmedio will become a set location for the best riders in the world due to the celebration of the Sunshine Tour, the most known European tour.

The XXVII edition of the Sunshine Tour will commence on 9th of February, home for 38 Longines FEI Ranking competitions, 6 qualifying Grand Prix for the Tokyo Olympic Games and a total of 2.000.000€ in prizes during 7 weeks of competition.

400 riders and 2000 horses will compete throughout the following weeks in Europe’s most prestigious Tour, an ideal spot to prepare the preseason.  “This will be a very special year having the Olympic Games and European Championships ahead and the Sunshine Tour is the perfect location to prepare the horses.” Words from the best rider in the world, the Swiss Steve Guerdat, who will be in Vejer de la Frontera’s facilities during the following days.

Riders such as Kevin Staut, Pénélope Leprevost and Roger Yves Bost, winners of the team gold medal in Rio de Janeiro Olympic Games; Gregory Wathelet and Jérôme Guery, the Belgian riders who hold the team gold medal in the European Championship; Steve Guerdat, nº1 in the world ranking; Simone Blum, who won first place in the World Equestrian Games in Tryon 2018; Marc Houtzager, Gerco Schröder, Vincent Voorn, members of the Dutch team in Beijing 2008; or Peter Moloney winner of the last Longines Grand Prix, the most important competition in the Sunshine Tour, will be the level to beat in this XXVII edition.

The Spanish representation also stands out for its high level. Pilar Cordón, Gerardo Menéndez and Manuel Fernández Saro, members of the national team at the Rio de Janeiro Olympic Games; the current Spanish Champion in the Young Rider category, Sira Martínez; Cayetano Martínez de Irujo Olympic rider at the Barcelona Olympic Games; Kevin González de Zárate and Armando Trapote were members of the Spanish team in the only two Nations Cup events held in Spain and Portugal in 2020.

Young horses from 5 to 7 years old will inaugurate the competition this Tuesday and will remain the protagonists until Thursday when we will see the first classes of the CSI3* with heights from 1.30m to 1.50m. On Friday a CSI1 * will be added for the more amateur riders with heights from 1.10m to 1.30m. In total this first week, the Tour will distribute more than € 227,000 in prizes and the Horseware Grand Prix on Sunday will be the queen class that will add the final touch.

The entire competition can be followed live through the official media partner ClipMyHorse.TV and the Tour’s website.

This edition will take place under the strictest sanitary protocols and will be held behind closed doors with exclusive access for riders and workers who have previously certified perfect health conditions through an official document.

In addition, the Dehesa Montenmedio facilities have been equipped, by the Spanish company Global Health, leaders in disinfection, with the latest protection technology against COVID 19 to guarantee the elimination and control of the virus in each of the spaces, reducing the risk of contagion to a minimum.