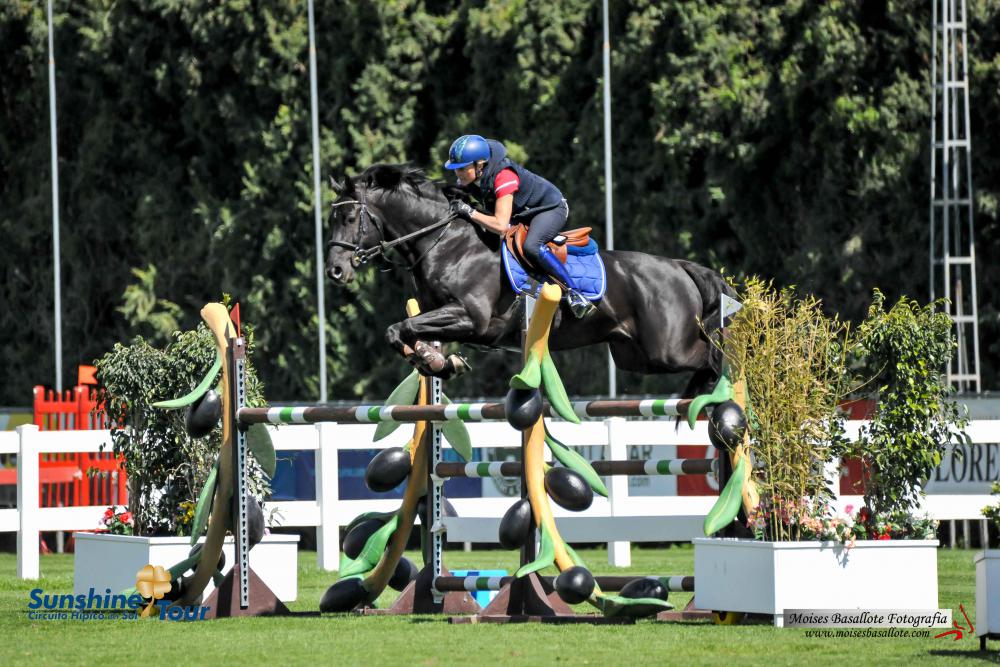 68 horses have qualified for the 7yr-old final, which will take place at 15:30 in the David Broome, Main Arena also on grass.

Tomorrow is ‘Finals Day’ for all the Young Horses here at the XXIV Sunshine Tour. Over 13 competitions, more than 671 young horses have competed and from these 238 have managed to clock up the seven clear rounds needed to qualify.

In the first section of the 7yr-old class today the winner was Julie Welless on Gerko III Van De Zeilhoe (Arko III x Squalss Estate Gucci); whilst in the second section, Carron Nicol on Galerius (Diamant de Semilly x Sandro Girl) once again took the win for the 8th time in a row. Clearly these two horses are hot favourites to be on the top of the podium tomorrow.

In second place, in the first section, was the rider from Finland, Piia Pantsu on Beginning (Bravour x Upper-Lady), in third was the Spanish combination, Jaime Gabarrón on Mago de Quijas (Indoctro x Moon De Gamel) and in fourth was the Columbian rider, Mauricio Ruiz with Cortina. In fifth place was Spencer Roe (GBR), on Gambler B (Campbell Vdl x Adelwise Vdl).

In the first section of the 6yr-olds there was a win for the British rider, Lucy Rhodes on Happy Girl (Vittorio x Celebrity). The Dutch rider, Anoek Van der Pluijm on Holly Hunter (Mermus R x Winnifrid) was second and another British rider, Charlotte Ash on Santender (Sandro Boy x U’Cerien) came third.